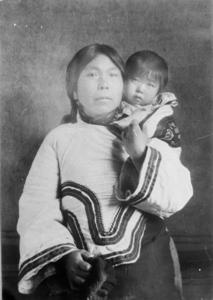 Our ancestors, the Inuit, have occupied the circumpolar regions of the world for centuries – from Alaska and across Canada's North to the coast of Greenland. We are descendants of the prehistoric Thule, hunters who were drawn to Labrador because of its abundance of whales and other wildlife. We are a maritime people, deeply connected to our environment. We are one of the founding peoples of Canada.

Little was known about the Labrador Inuit way of life until the 1760s. Our earliest ancestors lived mainly on the North Coast of Labrador and travelled widely to harvest the resources of land and sea. For thousands of years, we had little or no contact with European cultures. In the 16th Century, we first encountered Basque whalers and, later, a growing settler population. In the 1770s, Moravian missionaries became the first Europeans to establish a presence north of Hamilton Inlet, and our way of life began to experience sweeping changes. Over time, Inuit life became more sedentary, and more connected to the emerging trade economy of Newfoundland and Labrador.

The demise of trade in the 1920s brought further social and economic upheaval. The Hudson's Bay Company and, later, the Commission of Government, took control of the Moravian stores. After Confederation, the Moravian Church, the Grenfell Mission, and the provincial government of Newfoundland suspended services to the northern communities of Hebron, Okak, and Nutak. Residents were resettled. 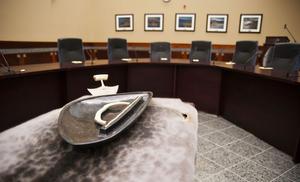 In the 1970s, a new era dawned for Labrador Inuit. We formed the Labrador Inuit Association (LIA) and filed our land claim with the Government of Canada. For the next several decades, we worked hard to promote our culture, our health, our well-being, and our Constitutional, democratic and human rights. We began the long road to establishing self-government.

Our transitional government came into effect in December 2005, and we began preparations for the first ever Nunatsiavut elections, which took place the following fall. The first elected Nunatsiavut Assembly was sworn in on October 17, 2006.

December 1st, 2015 marked the 10th anniversary of the Labrador Inuit Land Claims Agreement and the establishment of the Nunatsiavut Government.